Editor’s note: Alfred de Zayas is a professor of international law at the Geneva School of Diplomacy and International Relations in Switzerland. Adriel Kasonta is a London-based political risk consultant and lawyer of Jewish and Tanzanian descent. The article reflects the authors’ opinions and not necessarily the views of CGTN.

Twenty years ago, the twin towers in New York fell, and we still do not know precisely what happened. The official report is woefully incomplete and unconvincing, giving rise to numerous conspiracy theories. With 9/11, we have witnessed how the neocons in the U.S. and NATO instrumentalized the terror attack to wage a series of wars and kill millions of people in Afghanistan, Iraq and elsewhere, justifying their invasion and presence through a smokescreen term: “war on terror.”

As the recent report from the Costs of War project at Brown University revealed, 20 years of post-9/11 wars have cost an estimated $8 trillion and have killed more than 900,000 people. The findings take into account all direct costs of post-9/11 wars.

As far as the death toll is concerned, the research includes U.S. military members, allied fighters, opposition fighters, civilians, journalists and humanitarian aid workers killed as a direct result of war, whether by bombs, bullets or fire. What is worth noting is that this does not include the many indirect deaths the “war on terror” has caused by way of disease, displacement and loss of access to food or clean drinking water.

Notably, the 9/11 attacks happened precisely when the imperialist and criminal “Project for a New American Century” needed an excuse to be put into effect.  In an address to a joint session of the U.S. Congress on September 20, 2001, President George W. Bush called upon every nation on Earth: “Either you are with us or you are with the terrorists.” He also stated, “Our war on terror begins with al-Qaeda, but it does not end there,” adding that “it will not end until every terrorist group of global reach has been found, stopped and defeated.”

To the military-industrial-financial complex‘s delight, a series of aggressive wars have been waged against the peoples of countries such as Afghanistan, Iraq, Libya and Syria, generating enormous profits for the war industry. We believe that all can remember the famous words of U.S. General Wesley Clark, who was shocked to learn in 2001: “I just got this down from upstairs [meaning the Secretary of Defense‘s office] … This is a memo that describes how we‘re going to take out seven countries in five years, starting with Iraq, and then Syria, Lebanon, Libya, Somalia, Sudan and, finishing off, Iran.” 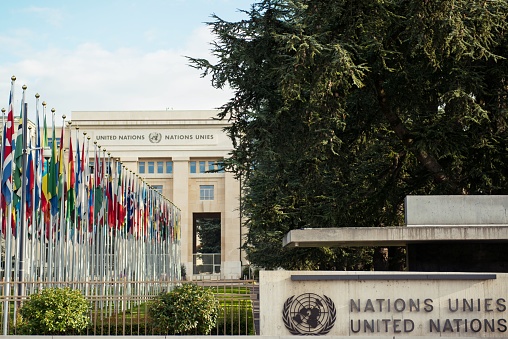 All of these aggressions contravene the United Nations Charter, in particular Article 2(4), the Nuremberg Judgment and the Rome Statute, which penalizes the crime of aggression. However, because of American exceptionalism, no one in the Pentagon worried about the international law implications of the war against Afghanistan.

What followed was the massive assault on international law, what we would call a revolt against a rules-based international order conducted by George W. Bush, Tony Blair and several others in aggressing the people of Iraq on March 20, 2003, perhaps the greatest crime yet committed in the 21st century, and not by despotic thugs, but by countries ostensibly committed to human rights and democracy.

The damage caused by 9/11 was not just the destruction of the World Trade Center, but much more the destruction of human lives in so many countries, the subversion of law, the hijacking of human rights to destroy human dignity. “Fake news” evolved into “fake law,” and the mainstream media kept hammering in the Pentagon narrative so that the masses of people worldwide were successfully indoctrinated or at least anaesthetized so that no one made effective opposition to the official criminality of the U.S. and NATO.

All of this happened because we let it happen. After all, we tolerated our governments acting contrary to their commitments under the UN Charter because there was no transparency and no accountability.

After 20 years, the Afghan people may have a respite from foreign aggression.

More than ever, an outpouring of compassion toward the Afghan and Iraqi victims is justified and ethically necessary. But the victims need more than just pity and “international solidarity.” They need reparations, as Colin Powell‘s famous Pottery Barn rule goes, while he was warning Bush of the consequences of invading Iraq, “If you break it, you own it.”

On top of the deliberate subversion of the noble aims of the United Nations – the promotion of peace, development and human rights – and the destruction of language through Orwellian neologisms, these activities constitute geopolitical crimes that merit investigation and prosecution by the International Criminal Court as crimes against humanity under Article 7 of the Rome Statute.

(If you want to contribute and have specific expertise, please contact us at opinions@cgtn.com.)